My friends at Vintage Espresso Machines procured a number of vintage machines and since I was looking to give one to a friend I checked out a few of their Pavonis. I nice little brass colored Europiccola was in working order so I bought that one and two others which needed repairs were adopted as well.

One of these turns out to be quite interesting.

I had no idea what exactly had been done to it, but Tije de Jong pointed out to me that a previous owner must have found an original way to prevent overheating while keeping up boiler pressure.

The brew head is not fed with a pipe dipping into the boiler water but instead a short pipe enters the boiler from below and the boiler water in this pipe takes a trip around the foot of the Pavoni before punching upwards through the plate just in front of the boiler and then reaching all the way into the throat of the brew group.

This way, the brew group which is heated up by the hot boiler, is fed by cooler water from the pipe and if this is well balanced, it could result in an excellent pre-infusion temperature at probably a higher than normal pressure.

Currently the thermal fuse seems to have quit so next week I will take this machine (and the other two) to Peter van der Weerd at Kafko to get them fixed.

I also took a few pictures looking into the boiler from the top. It seems the 'normal' entry point of water/steam into the group has been closed off. So the copper pipe feeds the brew group and it is not a circular 'thermosiphon' concept. 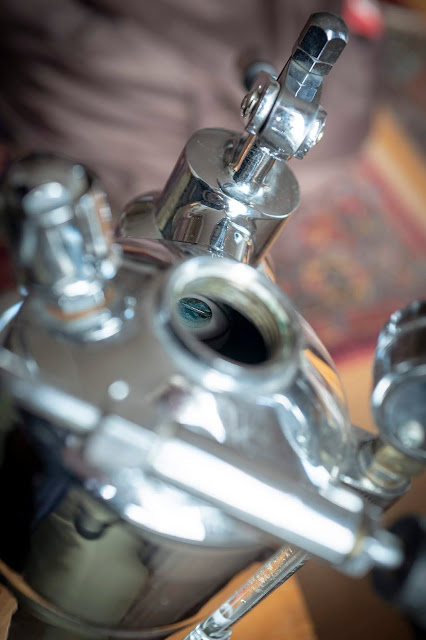 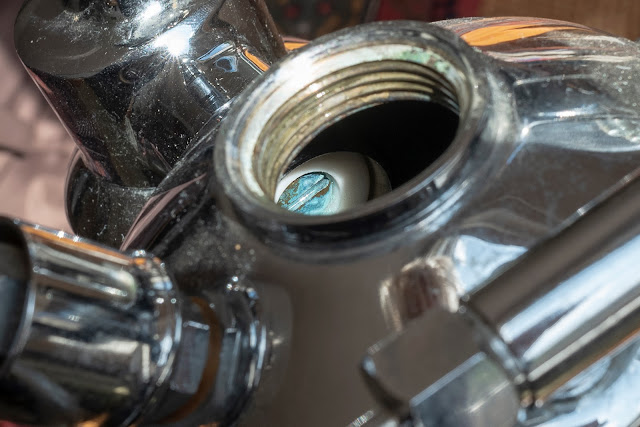 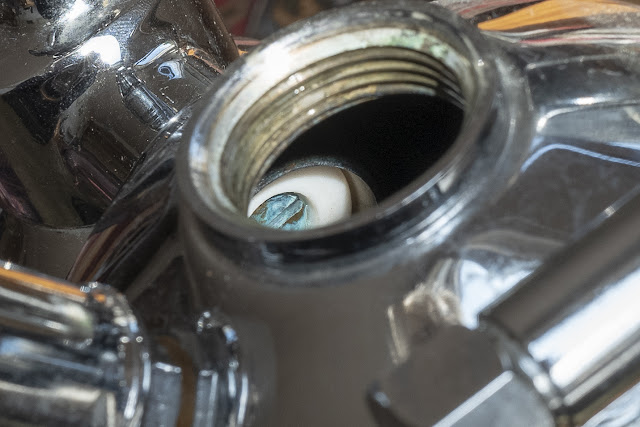 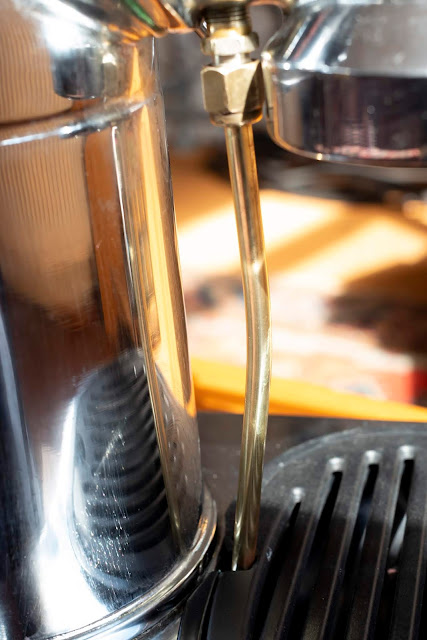 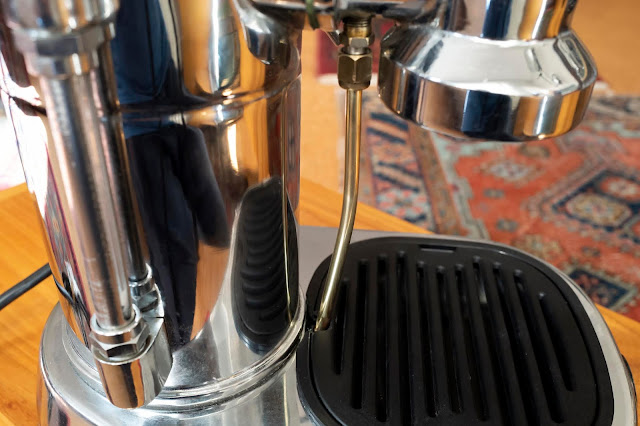