To Catch a Pisser 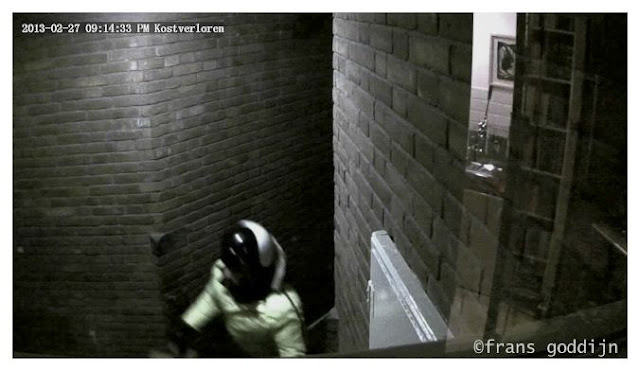 In the early morning a few days ago I saw that someone had peed in our staircase. Luckily this doesn't happen very often but this time it happened for the second time in a week. There's trees and a wide canal right outside our house so I don't see the reason why someone would climb a stairway to do this. It's a stone wall and floor, so all it took was a few buckets of hot soap and a squeegee to clean the place but still, I'd like to see who did it. A friend had a tip for me: a very affordable camera to monitor the place. It connects to my network and I can watch the hallway from my living room, but also from my laptop when I am (far) away and I can even watch it everywhere on my iPhone using the IP Cam Viewer app. The camera doesn't just provide a remote viewing. It keeps an active watch and sends me an email when it has detected activity, sending along three snapshots of whatever is happening and saving 30 seconds of video and sound of the event.
Een reactie posten
Meer lezen 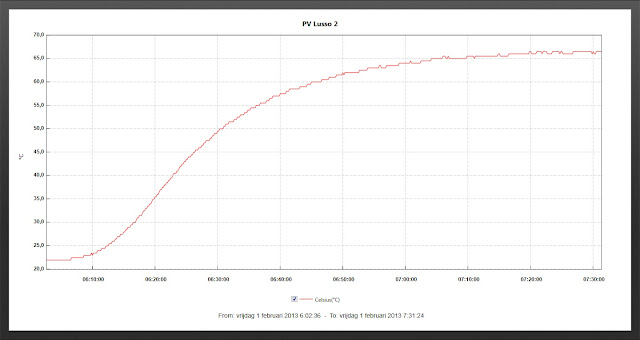 6 0'clock, the web switch turns on the Lusso and after a few minutes the group begins to warm up. An hour later the group has reached the 66/67º C mark which it will keep most of the day. Measurements taken every 15 seconds, hence the block-like graph. Shortly after 9am I make a first espresso and the group warms up to 70º C. Using the laser beam I see the coffee leaving the basket going from 60º quickly climbing to 65º and rising slowly, when the flow gets going, to briefly touch 70º and than lower again towards the end of the extraction. The second time I first pre-heat the cup softly flushing the group. I could better use the tea water tap for that, but it's no problem. A full working day for the Lusso. Notice the relatively quick warm up time of an hour and the long time, about 11 hours, it takes for the practically empty boiler to completely cool off to room temperature. The spike before the cool off starts is caused by my flushing the group to clean it
Een reactie posten
Meer lezen 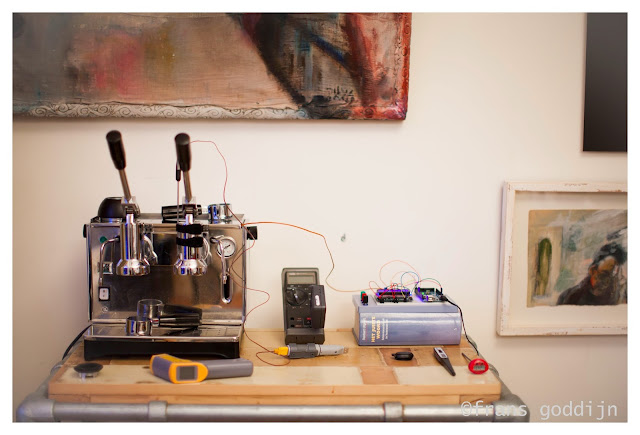 A reader asked where the temperature probe is currently attached. I made two pictures to show some of it: On the left is the Ponte Vecchio Lusso 2 and attached to it, using two velcro strips, a needle with K-type probe which is connected to the little grey temperature logger, currently saving the temperature value every 15 seconds to provide me with a graph of warmup, some extractions and cooling down. The Arduino on the right tracks the room temp (actually the chip temp but it is just a few tenths of degrees off the reading by the tiny Tempe button from Garmin (third thing from the right on the front of the table). The Arduino also tracks the boiler temperature, using a probe which is attached by a tiewrap to the top of the boiler. The grey-orange laser gun measures the extraction as it flows from the naked portafilter. The FLUKE temperature measuring device is not in use here, the little analog and digital devices on the right are also not used. Some first impressions: boiler
Een reactie posten
Meer lezen
Meer posts