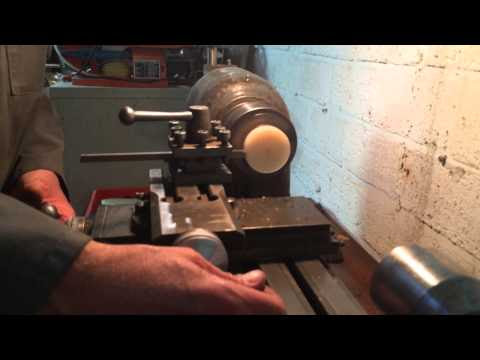 Stephen Sweeney made me a new version of his TPF transparent portafilter. This one has a different approach of the seals so it will be interesting to see if it will last longer without any leaks.  The transparent 'basket' hangs deeper from the portafilter now and this could make a difference towards the end of the extraction, as there will be more water resting on the puck instead of an expanding pocket of air pushing the last drops slowly out of the drying puck. Tije made me a 'puck' out of nylon to fill most of the space above the TPF so that the amount of water above the coffee puck will be practically the same as in a normal situation. Below you can see two pictures and a "making of" video:
Een reactie posten
Meer lezen 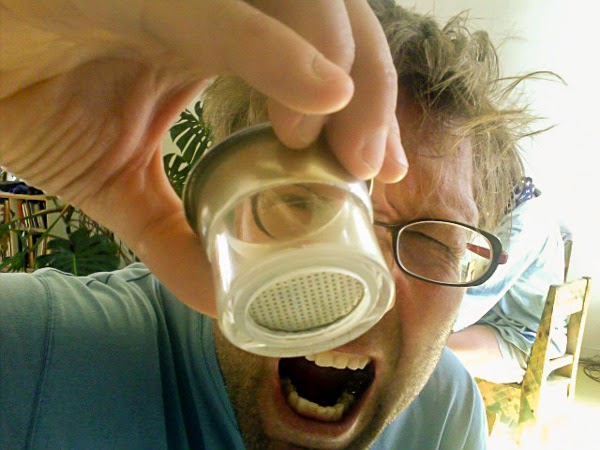 Inspired by Stephen Sweeney's work, Tije in Amsterdam (well known for his La Pavoni cooling fin rings) built his own TPF for his pre-millennium La Pavoni Pro. Footage of the first two shots can be seen below. In the video below, you see a first shot in 50% slow-motion and then the second shot at actual speed. In this second shot, Tije tries out his 'pumping' pull, not quite a full "Fellini move" but he pulls the lever down, then up a little again, and down again, to create a longer shot with a bigger volume. The interesting thing here is that the puck does not break but instead swells up and compacts again along with the pressure changes. What surprised us most is that at the very end, when the pressure above the puck falls back, little explosions in the puck can be seen to swirl up the grinds into the little pool of water on the puck.
Een reactie posten
Meer lezen 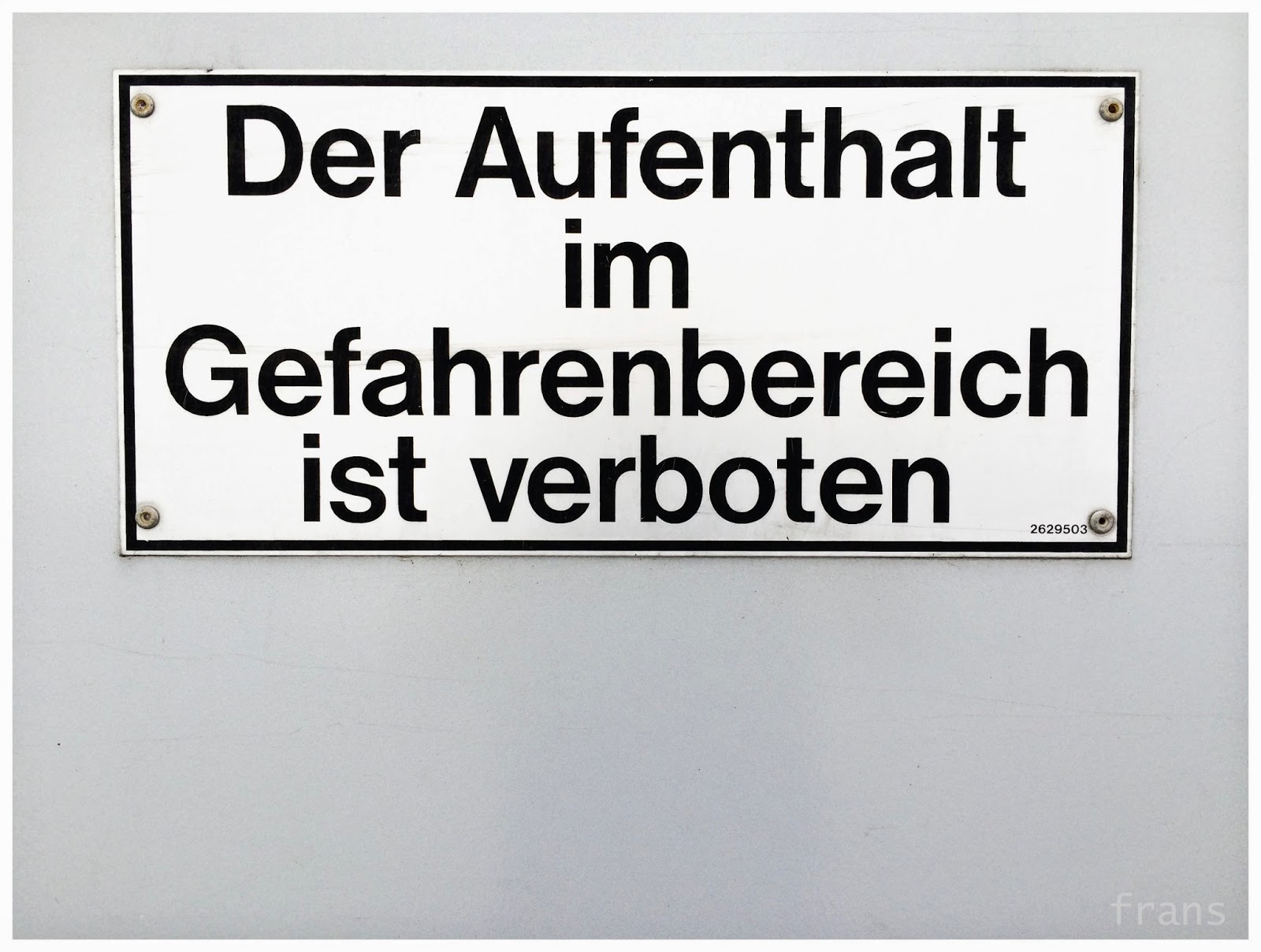 One week is never enough to 'see' a city, which is why I prefer to limit my ambitions. I only go where my feet can take me, avoiding the speed and mass of public transport. No use jumping from one city highlight to another, swimming in museum images here, immersed in shopping there and sounds elsewhere, hunting for an exquisite bite who knows where. There is never enough time to also connect those dots and really 'span' the city with a web of memories. Keeping it small, making a home of my temporary room is easy enough. Setting up my equipment. Going through the rituals of preparing a cup of coffee. Then it is time to start walking and find out what might be the hidden reason for my stay. In the hallway of the building I notice that most tenants want to avoid getting their mailbox clogged up with free newspapers and brochures. There seem to be no stickers to opt out of these and people do their best to discourage the poor citizens carrying brochures
Een reactie posten
Meer lezen 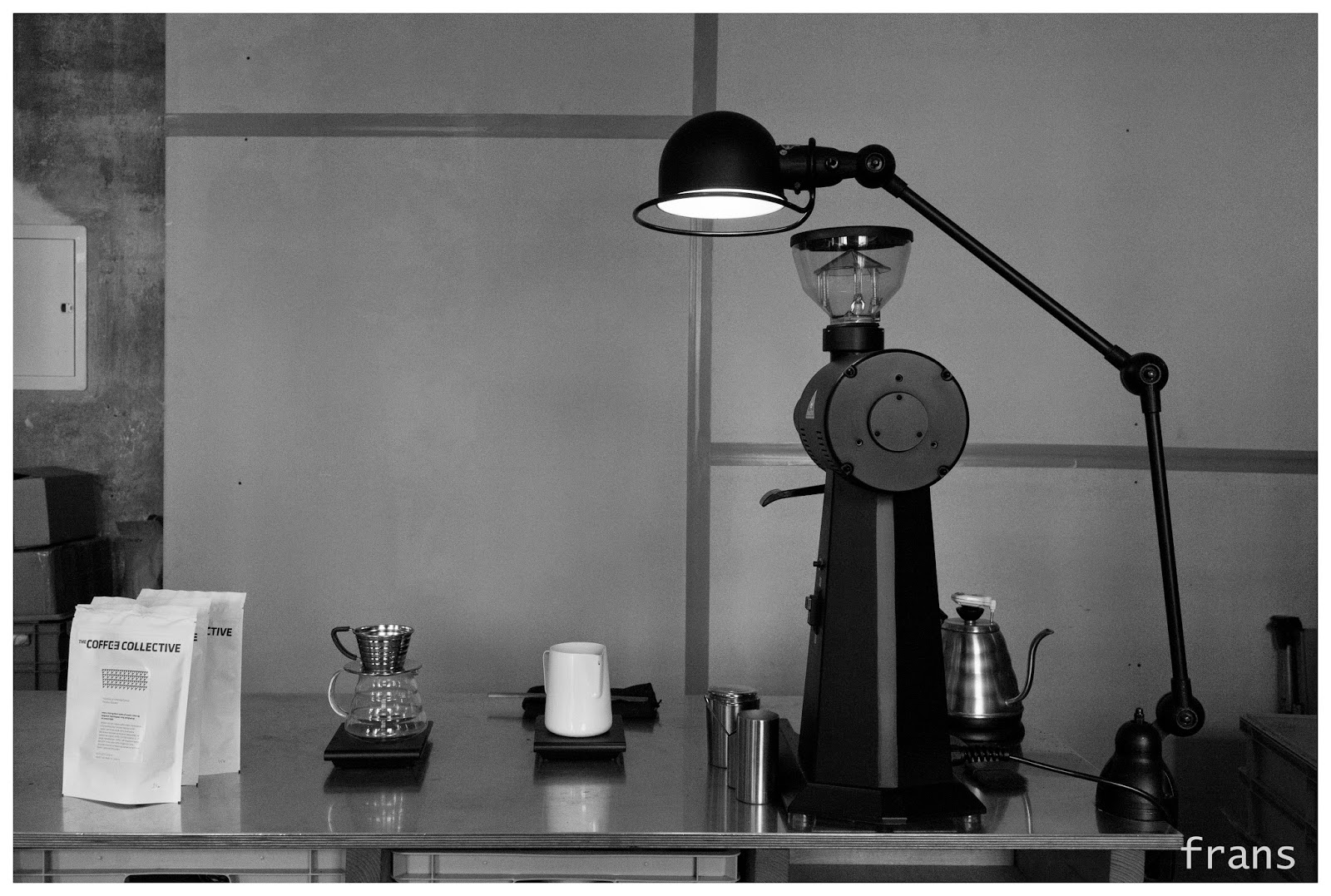 ES3 and HG One visiting Berlin 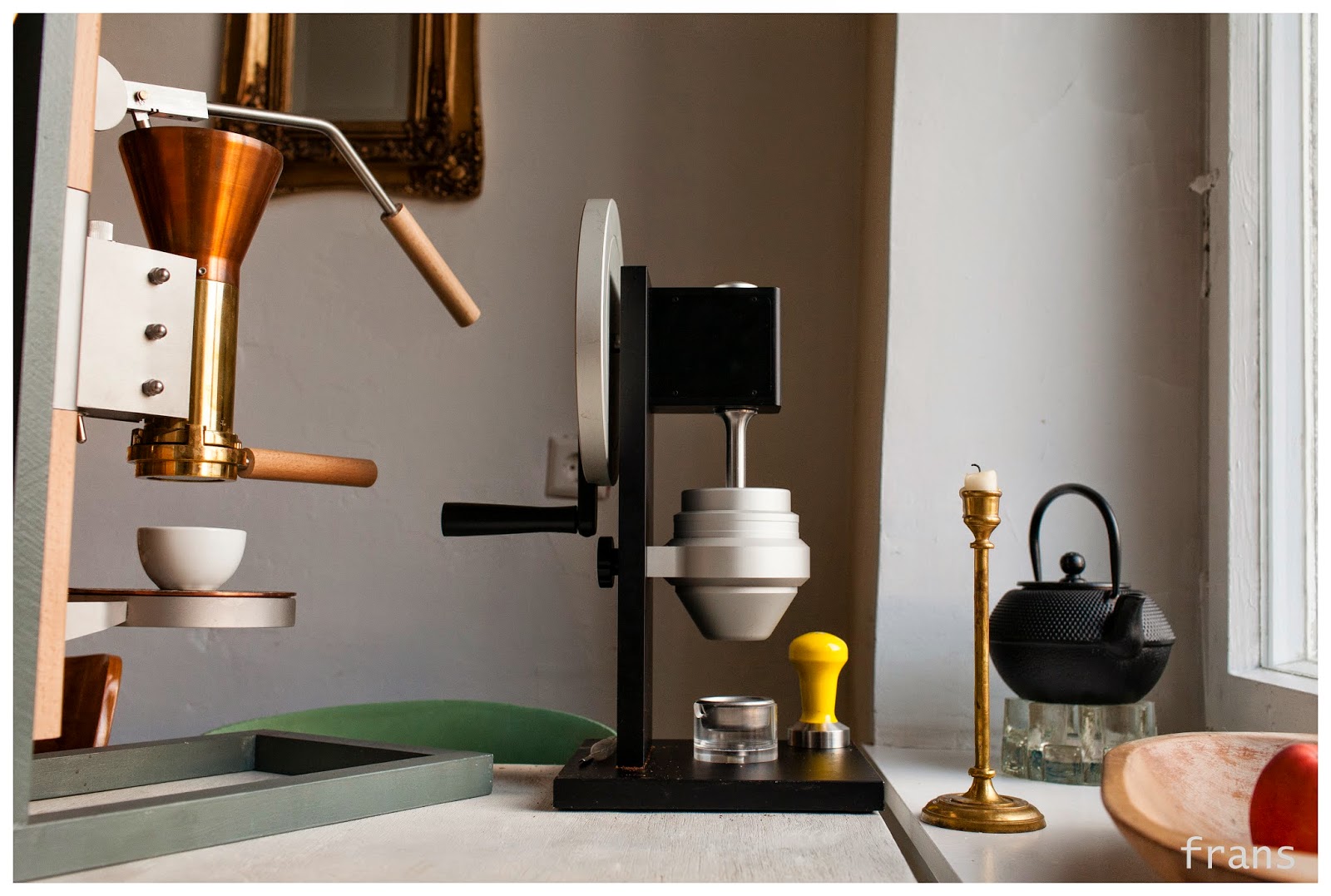 The ES3 and HG One have gone on a short vacation. They are staying in Berlin for a week, in the same building that also houses the excellent Cafe Sgaminegg . So that's great company.  ES3 in Berlin from Frans Goddijn on Vimeo . The ES3 machine on a kitchen table in Berlin's Seelower Strasse, using Yirgacheffe beans from Bonanza Coffee on Oderberger Straße 35, music from Trigg & Gusset
Een reactie posten
Meer lezen 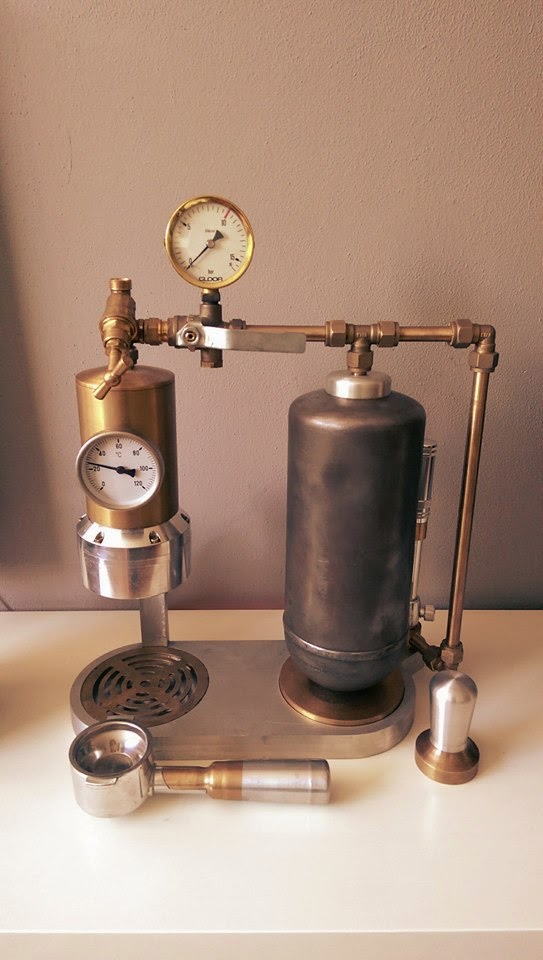 Jip van Neerven is innovating espressomaking as a special project for his study in Industrial Design. He is working on two different models. One he made practically from scratch: Picture by Jip van Neerven And another in the factory of the famous Kees van der Westen where he is expanding a Speedster model: Picture by Jip van Neerven Picture by Jip van Neerven In both systems, the aim is to allow unrivalled flexibility in temperature, pressure and volume during the extraction of espresso.  To do this, he has first developed a theory about the possible pressure profile in a typical shot and then proved to himself and his teacher that the theory is correct and that it can be mimicked perfectly using his pressure system. He uses air pressure which he manages to regulate by a suprisingly straighforward technical method. It's possible to extract espresso with a pressure profile like one gets from the excellent spring lever systems, with a swift ramp up after pre in
2 reacties
Meer lezen 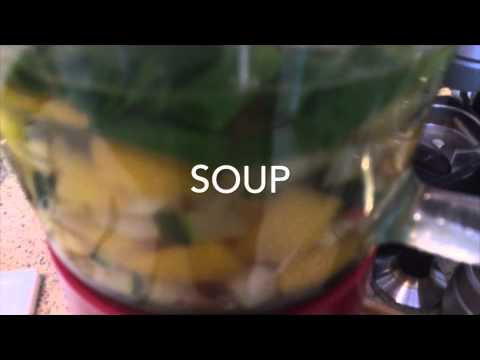 Roemer Overdiep & I are planning a series of video shows inspiring people to take a few seconds to prepare a healthy hot meal. It has to be kept under 5 seconds maximum because most people are willing to eat healthy and wholesome using fresh ingredients but they simply can't afford to be occupied in their kitchen for minutes at a time every single day . This is a first one: Of course, our primary passion is about enabling more people to cook healthy and affordable dinners for themselves and their family but one advantage of such a daily show is that even if the commercial before the start is just 7 seconds, the advert/content ratio is very attractive for business and this way we also provide a mental boost to other startups who will want to copy our success and good luck to them! It turns out we are even eligible for European funding, because this fits perfectly in the existing budget for raising awareness of simple and healthy food in today's multicultural Euro
4 reacties
Meer lezen
Meer posts