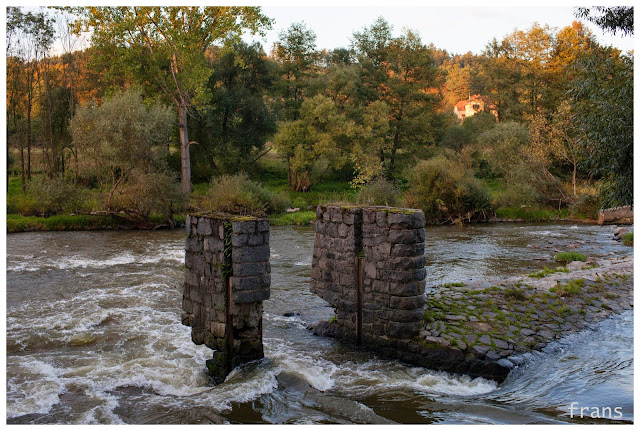 The Brejlov Hotel once had its own water mill, powered by the rapids of the river. A partly removable dam pushed the water of the river into the construction inside the building and today, some remains of it still remain standing. I have great respect for the masons who built the two towers in mid stream and used a mortar so strong that many years of water turmoil around the bases haven't toppled these towers. Sure, some stones have rolled away from it but that doesn't seem to matter much. Two little birch trees grow on one of the rock towers. I imagine the shock these trees were in, some time after the seeds had found their little crooks to hide in and grow a sprout, when they grew from their seeds and as they got bigger, unfolded their first leaves, rose above the stones and discovered their position... too late to move now.
Een reactie posten
Meer lezen

After experimenting much with the visible, half-hidden en behind-the-scenes options of the Fracino Roastilino, we have settled on a very simple and straightforward method to roast batch after batch to a delicious quality. The extensive tweaking of PID offset, changing target temperatures along the way to keep the machine on a a tight leash for every moment of the roast, changing the air inlet opening and some other things we tried out, has been very useful to get a feel for the process. We replaced the internal probe with another K-type probe and fastened it in the roasting chamber together with the identical probe that we were already using for monitoring, through the Artisan software. Now both probes show the same value. Before, when the target value was reached, the PID would allow the temperature in the chamber to drop a little but we don't see that anymore now the probe is in the actual chamber (out of factory it's right below the chamber, as close as possible to it
Een reactie posten
Meer lezen 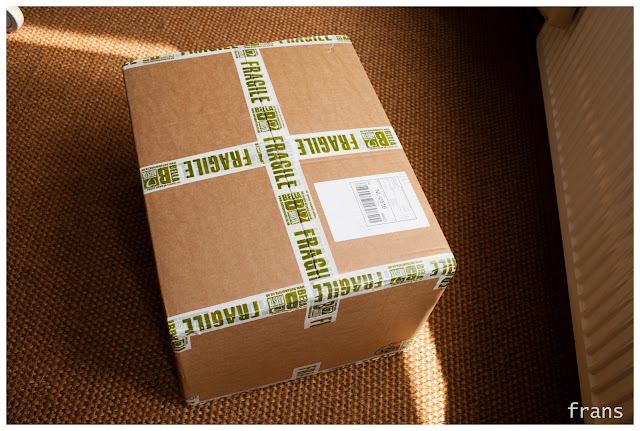 With a Londinium I at my home / office and a Rocket Giotto at my girl friend's place, I enjoy excellent coffee all the time but I'm the only one using these great machines. My girl friend and her daughter don't ever touch the Rocket when I'm away and when I'm there I'm their barista. The procedure of weighing beans, grinding at the right setting for the day, stirring, tamping, locking in and timing the shot seems something they are not willing to be fully introduced to. It's probably my fault because I'm not a good instructor, having a low tolerance for any deviation from the 'right' way to do it. So when I'm not around, they use the old simple Nespresso machine and its cups, getting themselves a thin, bitter overpriced coffee base for the foamy blob of milk dumped on top of it from the Nespresso frother. Last week I read about Bella Barista in the UK who are introducing coffee capsules for the big pro coffee machines at home. They fill t
Een reactie posten
Meer lezen
Meer posts