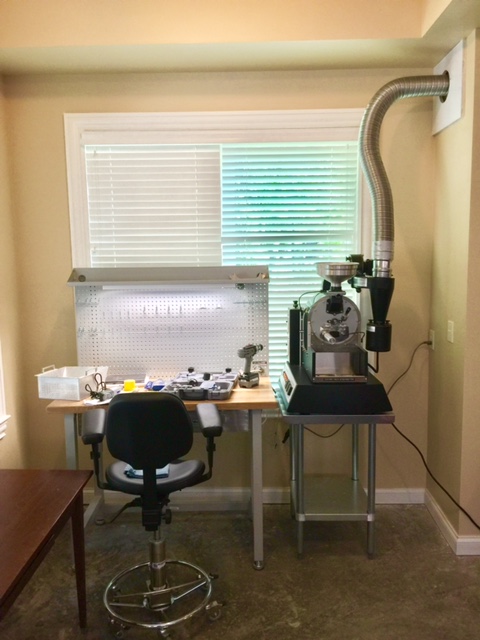 Last week I got an email from fellow roaster Javier Reto who purchased an early 2016 FZ-94 and is currently upgrading it to work fully with Artisan like my machine.

He has managed to speed up communications on the MODBUS following the procedure described by Marko Luther on his blog Bumping up MODBUS.

The new cable set to also add the frequency drives for air flow and drum speed have been ordered directly from CoffeeTech and these are in the mail on their way to Javier, so he will also be able to control these from within Artisan.

Currently (as of May 7 2017) the PID for ET is not yet willing to communicate. The correct SLAVE number setting has been set as can be seen here: 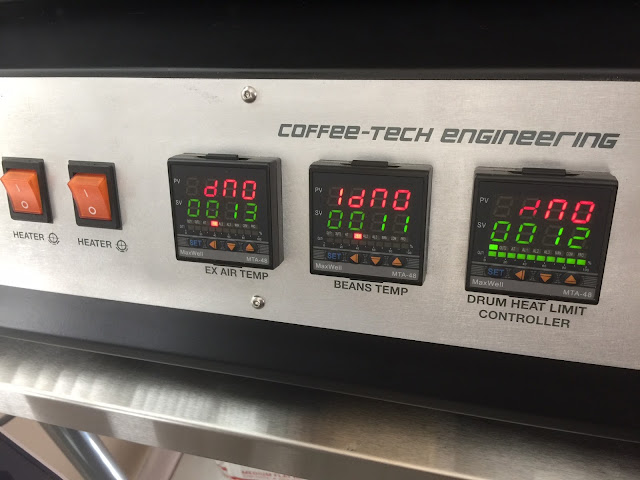 This is matching the configuration I also have in Artisan, with ID numbers ET=slave13, BT=slave11, DT=slave12: 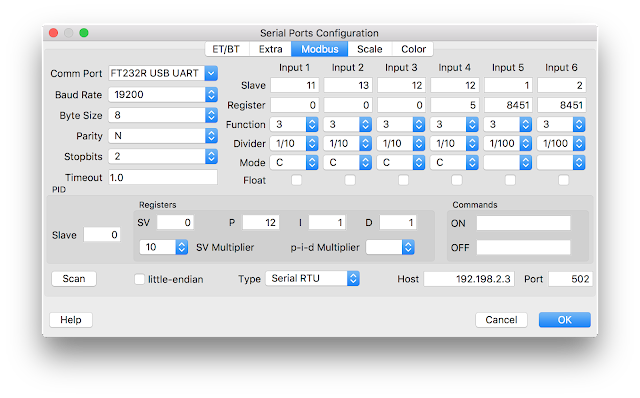 I will add more info as we figure it out, which will be helpful to others upgrading their FZ94.

For those who need it, I placed some manuals for the Maxwell MTA-48k PID in a folder on my website.

Update late evening 7 May:
Javier found and solved the issue regarding communication of the ET PID: a wire was broken ;-) 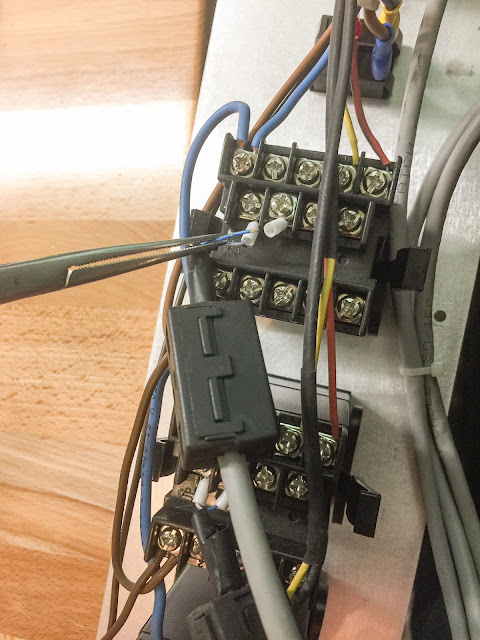 So that was a simple one and studying the PID manuals was a useful exercise but not essential to solving this.

Javier closed up the front of the machine again and right away all three PIDs actively communicated: 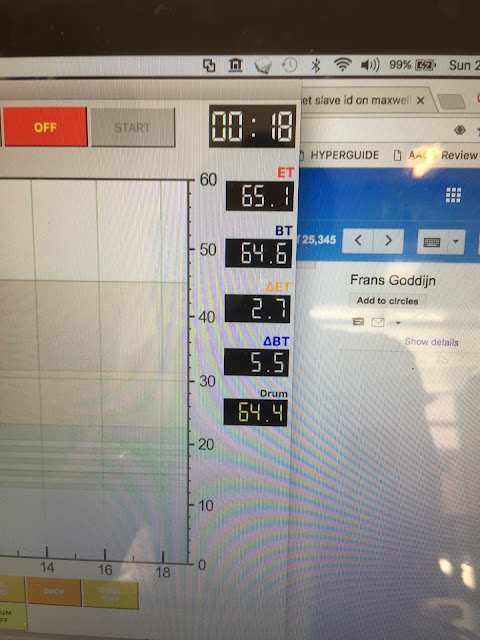 So we may essentially do identical roasts now on locations extremely remote from one another, logging the roasts in the same way and when the new cables are there even adding the two frequency drives to the setup at Javier's end.

While I use the power sliders in Artisan and SSRs to regulate the energy in the elements, Javier can modulate this well like I did before, a combination of switching the elements on/off manually and regulating the airflow from within Artisan.

It would be nice to experiment with batches of beans from an identical harvest/shipment, do identical roasts and measure the roast color using the Tonino device (after calibrating our grind and tamp settings). We should be able to create the same roast results. 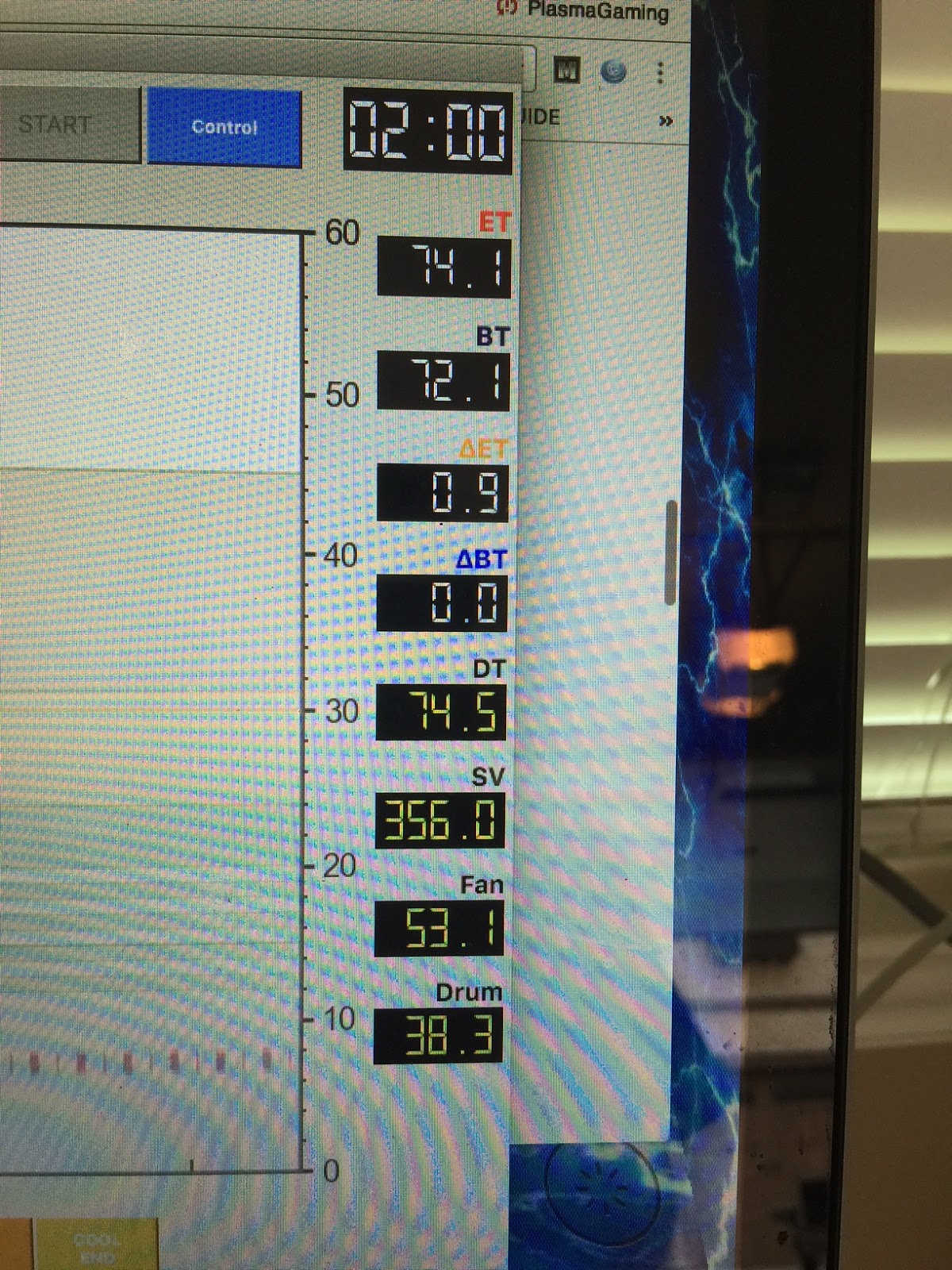 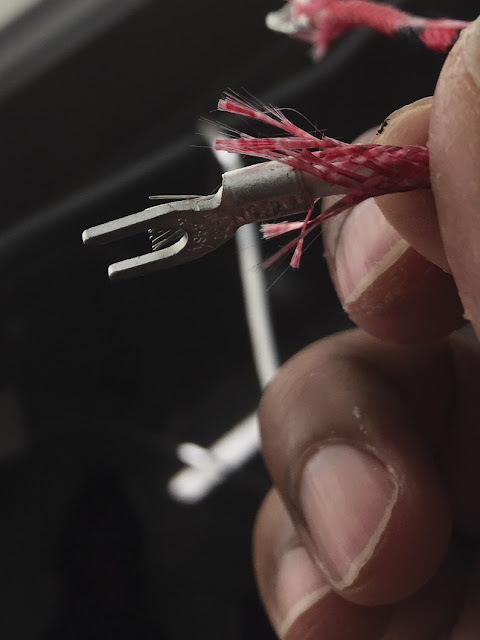 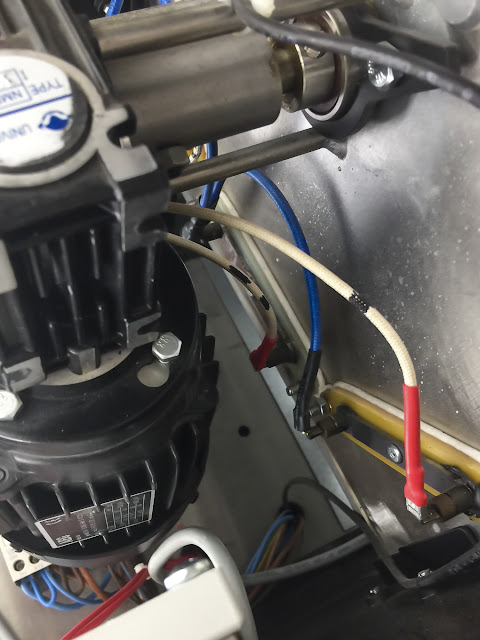 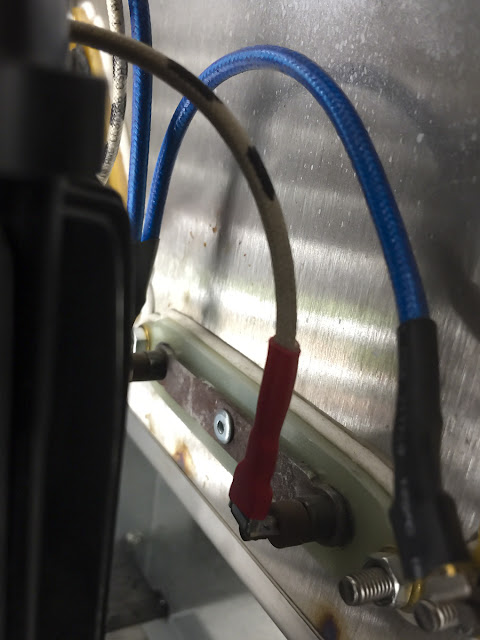 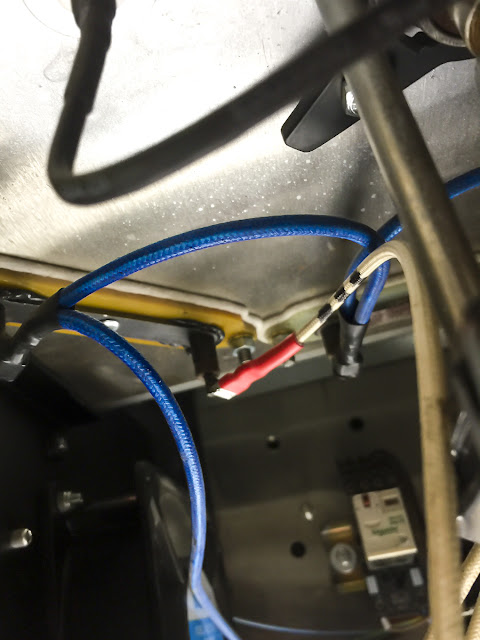 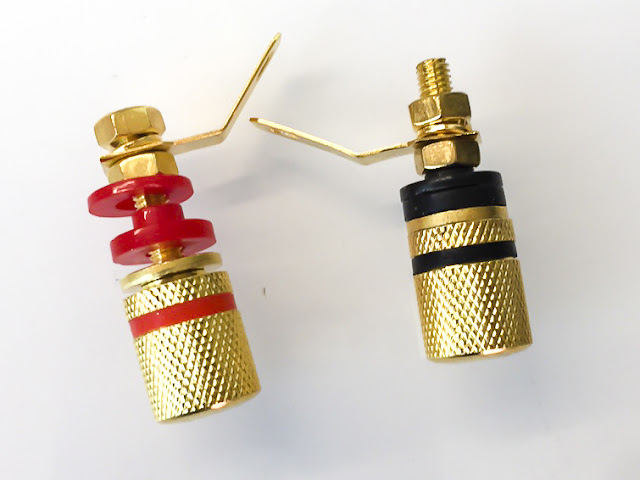 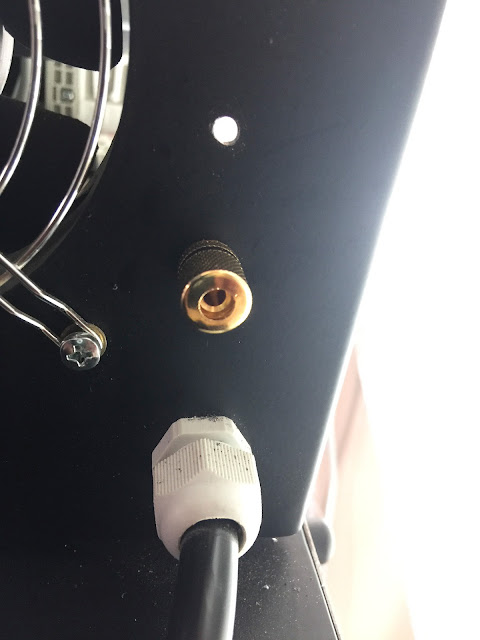 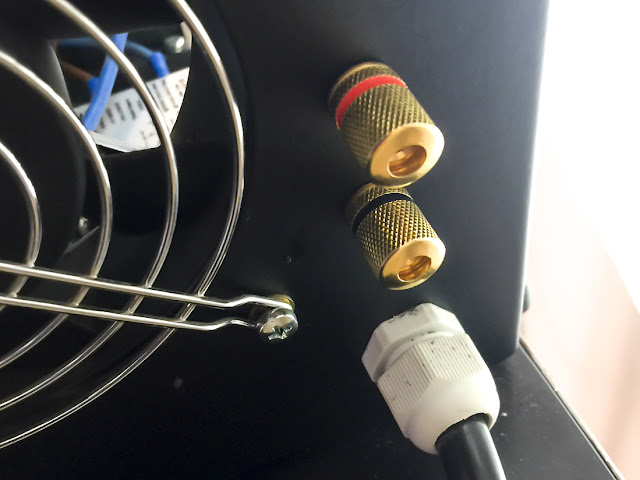 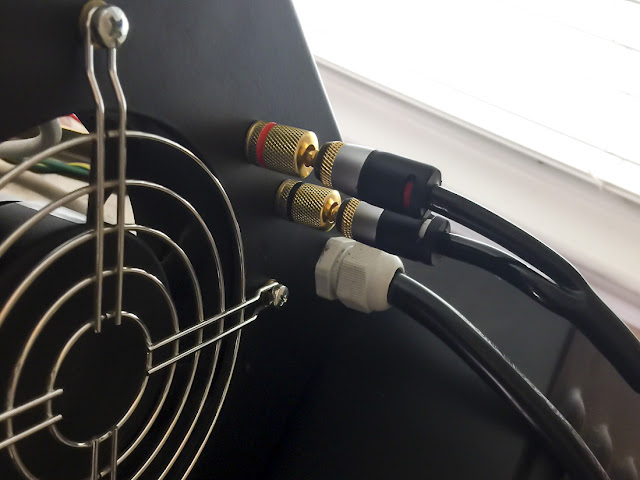 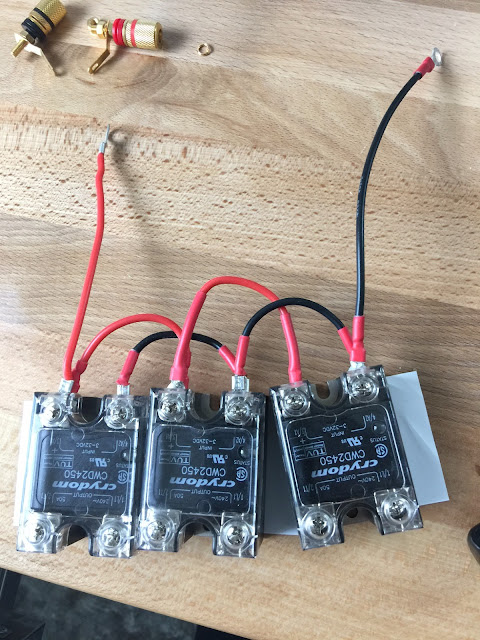 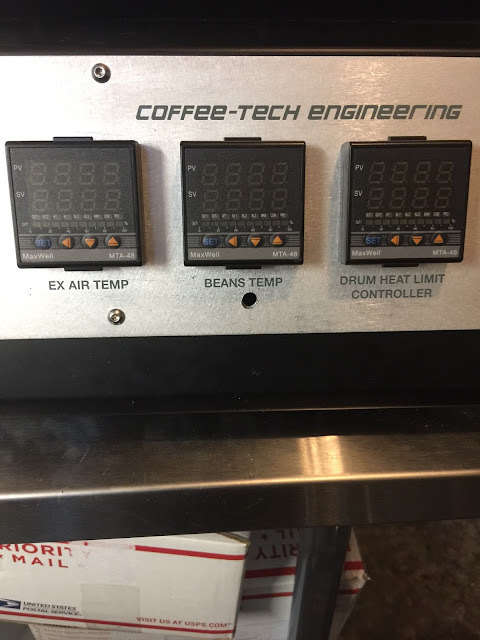 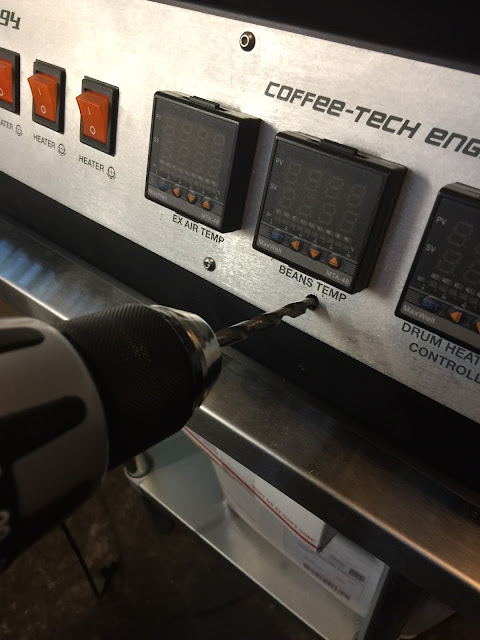 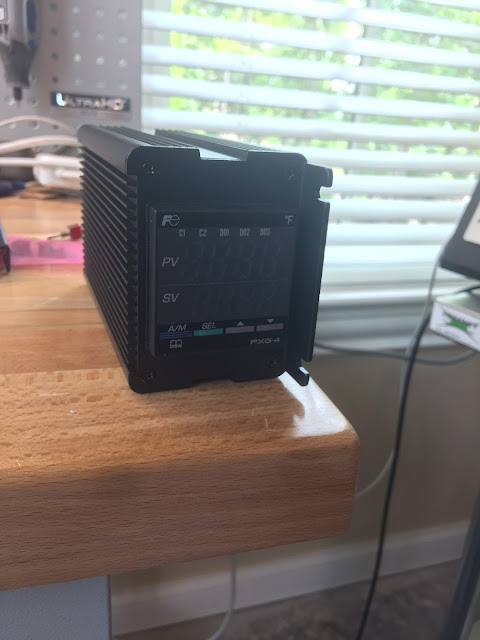 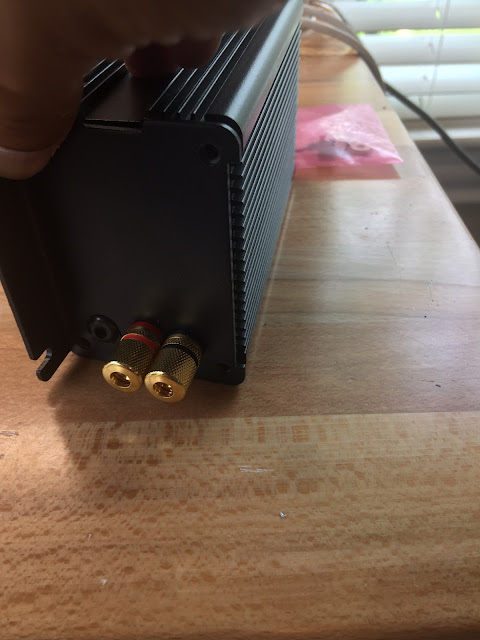 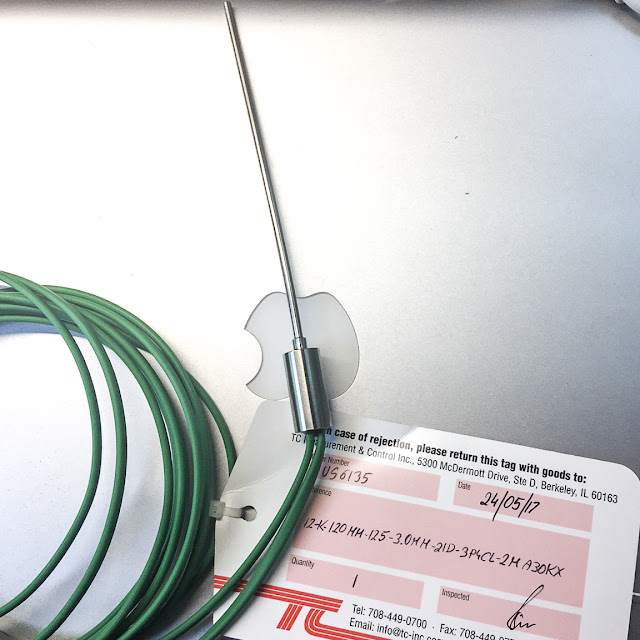 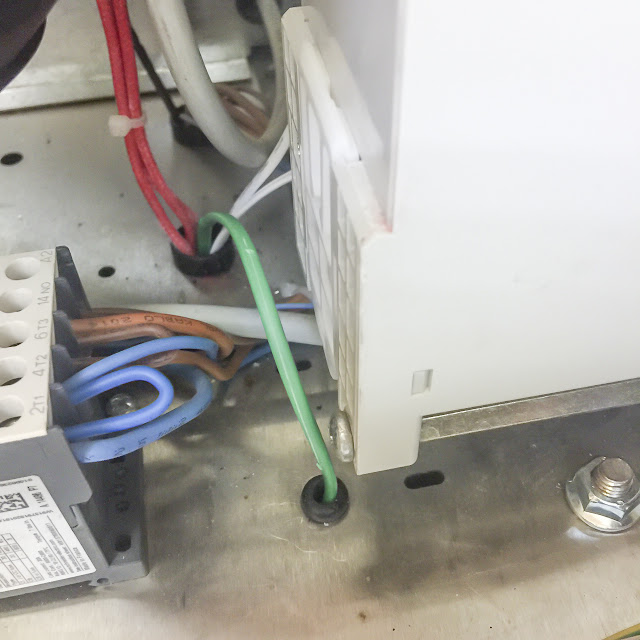 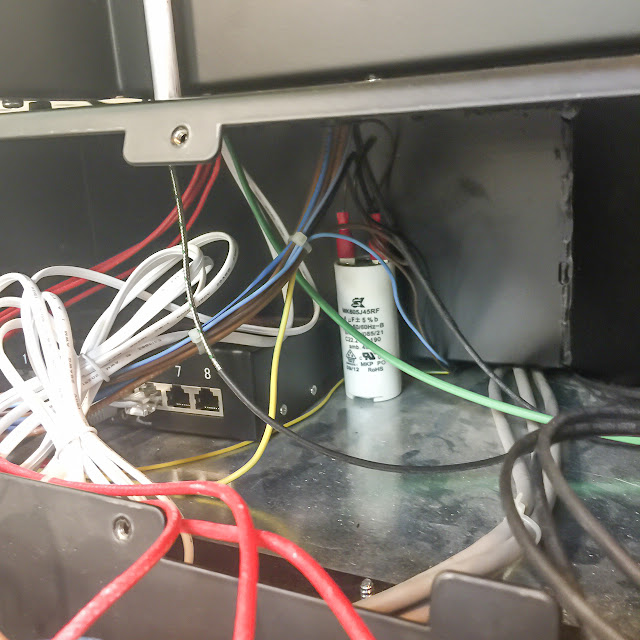 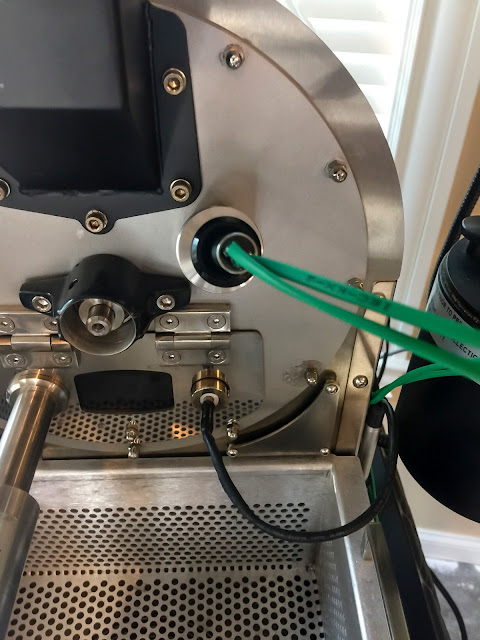 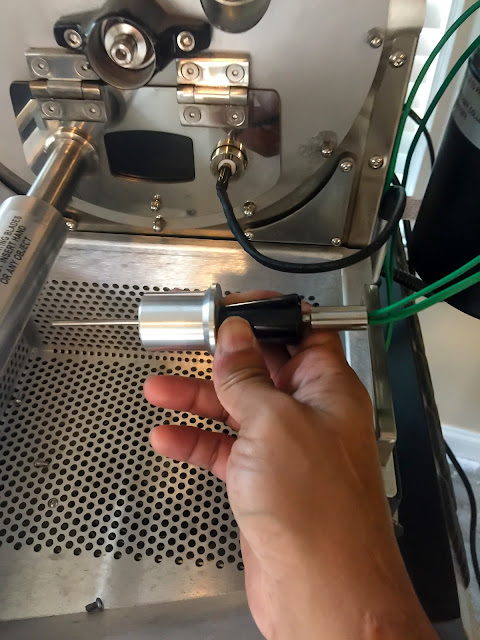 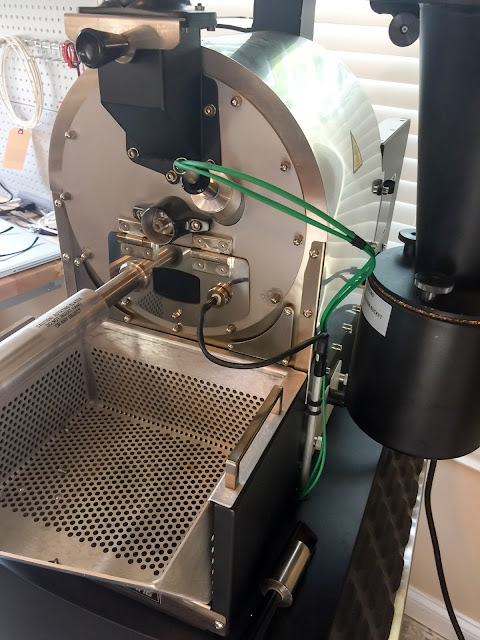 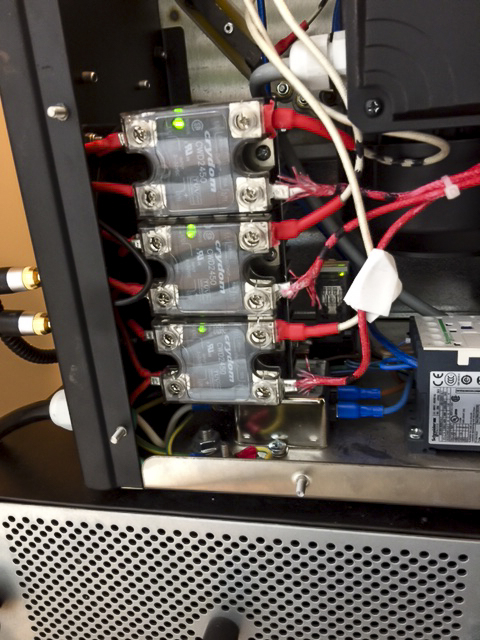 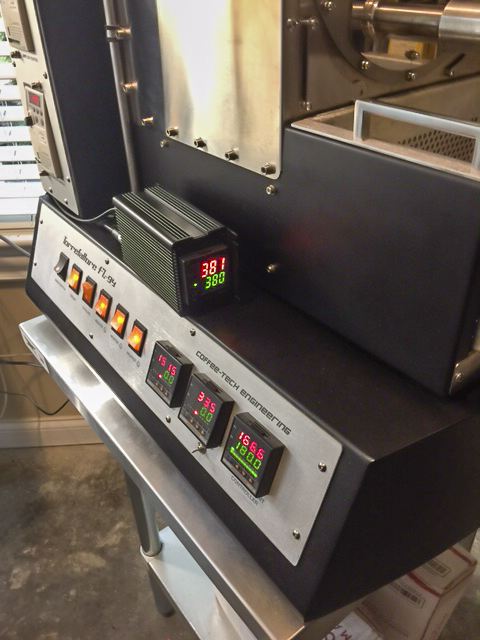