- november 27, 2013
Stephen Sweeny from Seattle made me this aluminum funnel for the HG One grinder. Earlier, he sent me his Acrylic gadgets which provide a nice "invisible hand" pulling the portafilter to the exact center below the burrs.

The new huge funnel makes sure there is enough room for any thinkable dose of beans. Before, I would lift the HG One ring that covers the burrs to pour in all beans  and shake this ring a bit to be certain that all beans were in. Now the beans slide down the circular slope and disappear into the depth of the very heavy (massive aliminum) funnel, ready to be chewed up by the big burrs.

Anyone wants to have one, contact Stephen at ovrthhl@me.com 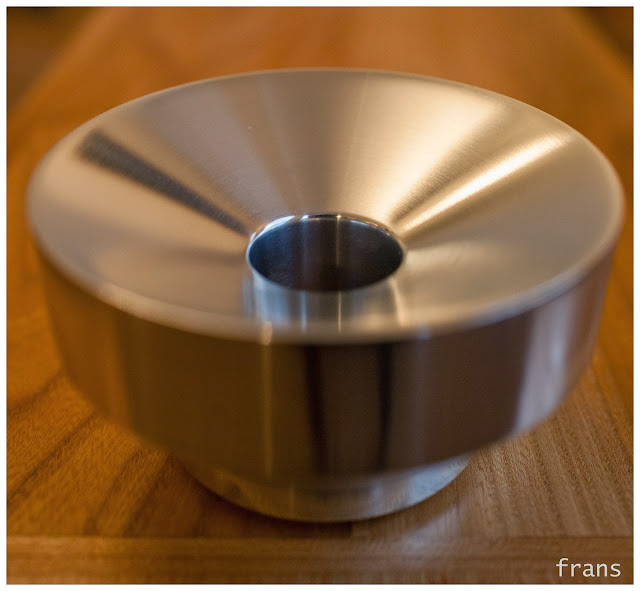 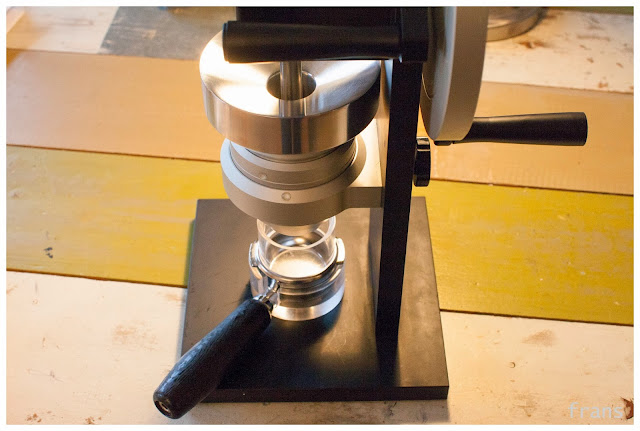 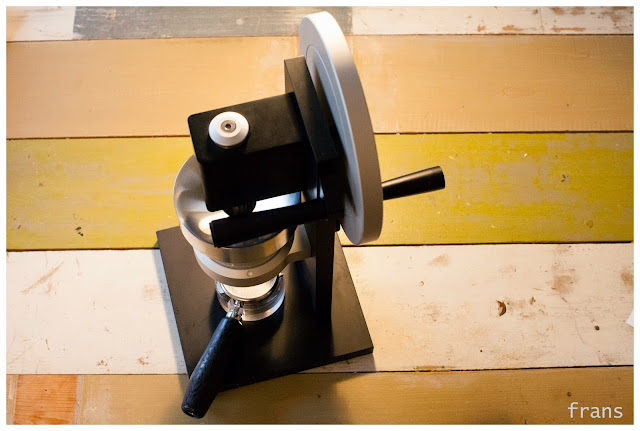 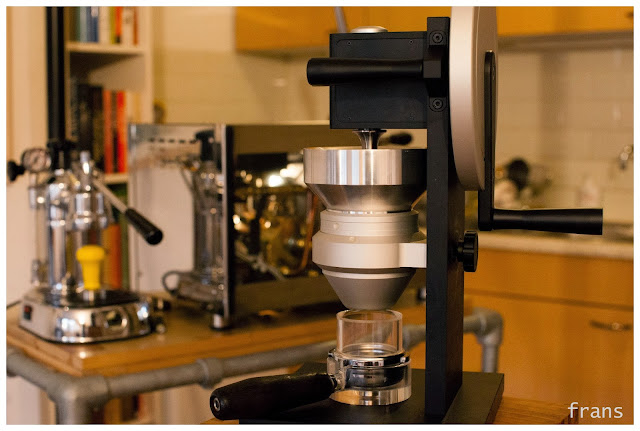 PS Stephen worked on ideas for a "one size fits all" wooden funnel with Tom Chips, before Stephen took this to another level and redesigned the aluminum funnel in two versions, one for each burr size of the HG One. Stephen made the hole as small as possible and then he made a grinding chamber under the funnel to allow the beans to sit in there and bounce around in there.  He also made the bottom lip of the funnel fit the exact angles of the HG-One.  The 71mm funnels are made differently than the 83mm funnels because the burr openings are different.