Two friends took 15kg each and I roasted the rest myself. Below I post a few examples of roast profiles.

What prompted me to share these profiles is a remark that fellow FZ94 owner Javier Reto mailed me this morning after he had tasted a sample roast of mine from one of the final roasts:


The first try turned out a bit on the dark side for my taste and the RoR was also a bit level most of the time. In my notes you can see I was also working on different settings for the sliders. I sent 500g of these to my sister who first complained they were hard to dial in but a week later she was very happy with these. Especially on the very small espresso machines that some people have, the darker roasts are often more successful than light roasts. 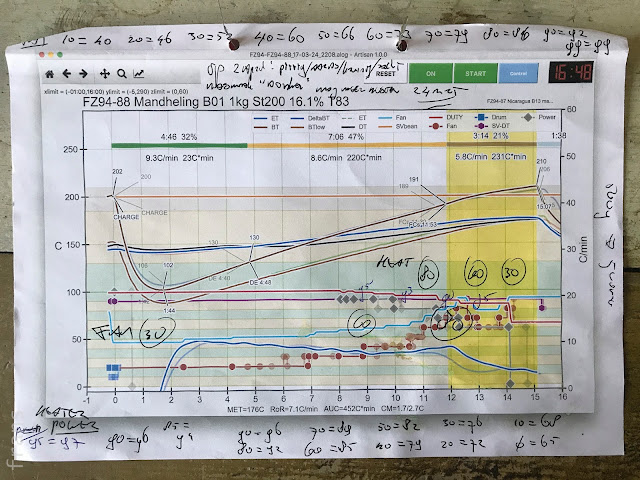 Constantin, a friend who lives nearby, still had a little Rancilio Silvia (he now has a Londinium L-R) and about the roast below he remarked that his flow was a bit fast "but still delicious". I myself detected a somewhat dry aftertaste, which is usually a sign to me that I should have developed more, or should have kept more pressure on during the last phase, meaning a higher rate of ºC/min. 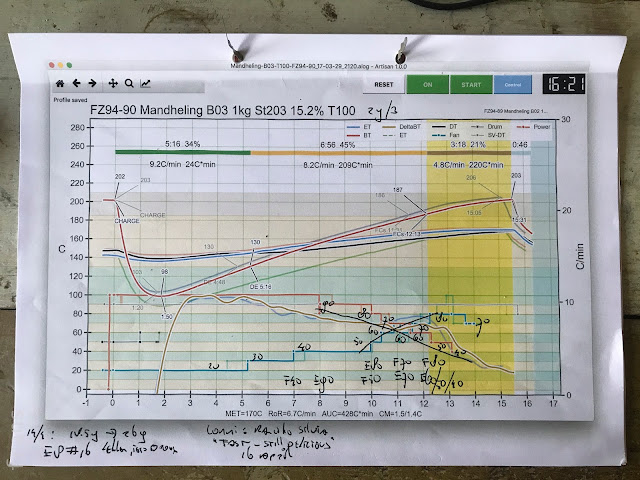 The one below was tricky and I found it underdeveloped as well. 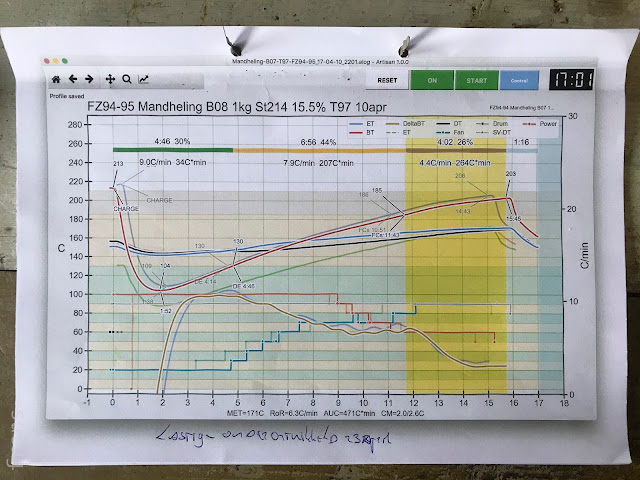 At cool weather, a lower TP, decided to keep airflow lower than before until 10 minutes. My daughter loved this roast on their HG One and La Pavoni set. "More taste per gram" she wrote. I liked it too, sweet, soft, round. A little too dark for me but excellent in cappuccino. 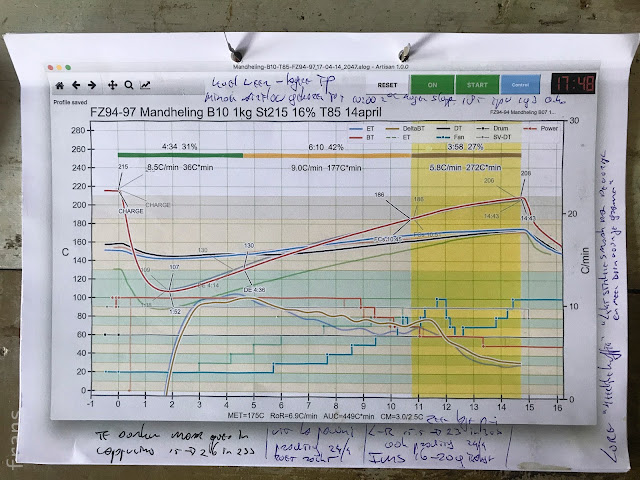 Some minor changes in artisan setup, also moved the machine away from the open window so no cool air encircling the machine during the roast.  Rested the beans for 2 weeks, turned out wonderful. 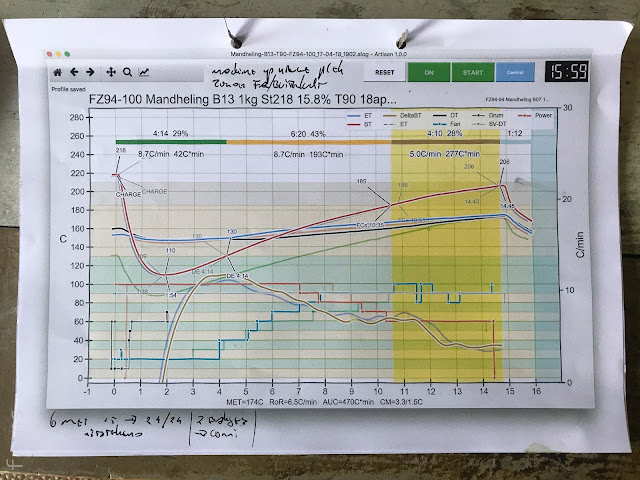 I gave 1kg of a #98 roast to two friends who have a specialty café, Trakteren, here in town. The frist shot came out questionable but a week later when I returned they had it all sorted and I was surprised how bright and sweet they extracted it without a hint of dryness. They extracted 44g out of 22g of grinds on their two group la Marzocco. Playing with this brew ratio worked well at home also even though I mostly use 15.8g in, 25-27 out in as many seconds from the IMS basket intended for 16-20g. 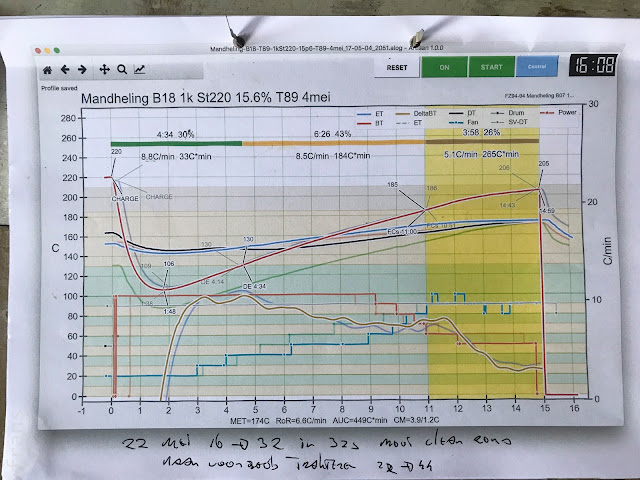 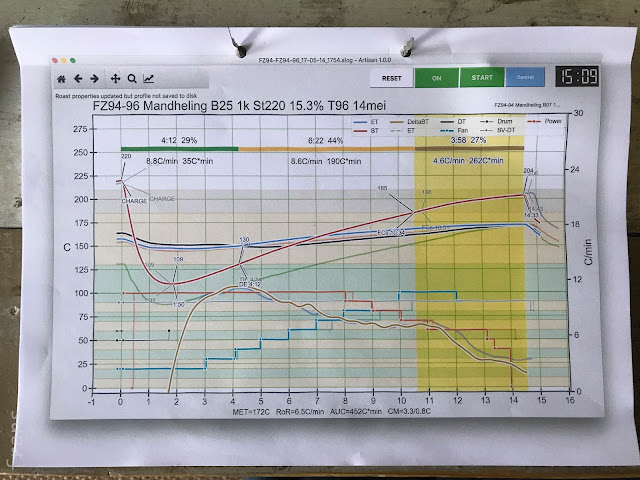