"Hands Off" roast on FZ94 by Artisan

- juni 15, 2017
Using the "alarms" functionality of Artisan, one can repeat a successful roast on the CoffeeTech FZ94 roaster. Artisan pushes the buttons and moves the sliders to regulate airflow and heater energy at certain pre-planned intervals and the result is a practically identical roast graph. I only need to pre-heat the FZ94 (using a PID for precision), CHARGE the beans and I manually open the DROP door at the end.

This is the profile of the first 'automatic' roast I did: 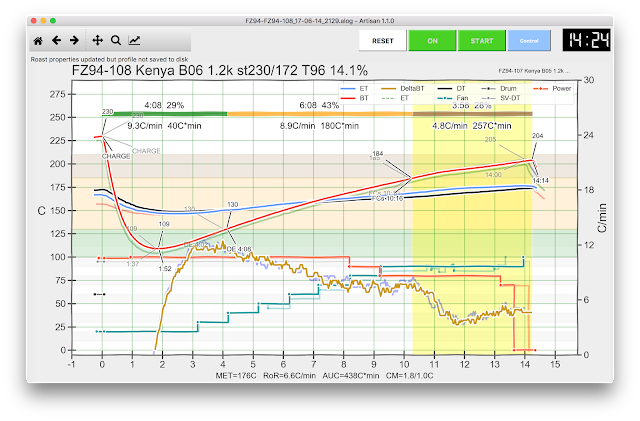 I evened out the manual changes I made during previous roasts of the same beans (one of them is visible in the background) and made 'alarms' in Artisan that copy those changes.

This is the second try which turned out almost perfectly the same: 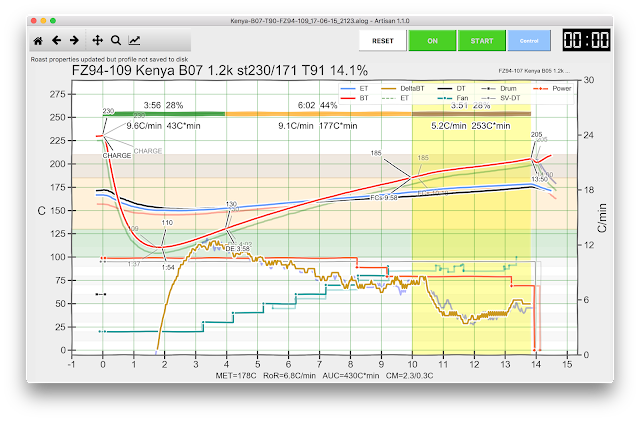 And a video of this second "Hands Off" roast:

Some of the settings used:

Did another identical roast, this time with the previous one in the background. At DE the roast BT seemed a tiny bit lower than the background one so when the airflow automatically increased by 10 i dialed that back to just 5 and left it from then on.
I decided to this time stop the roast at exactly 25% development, which corresponded to an AUC of 404 and a roast color of Tonino #96 which I like a lot. So next roasts will have that too.
The RoR curve is almost an exact copy of the one in the background: 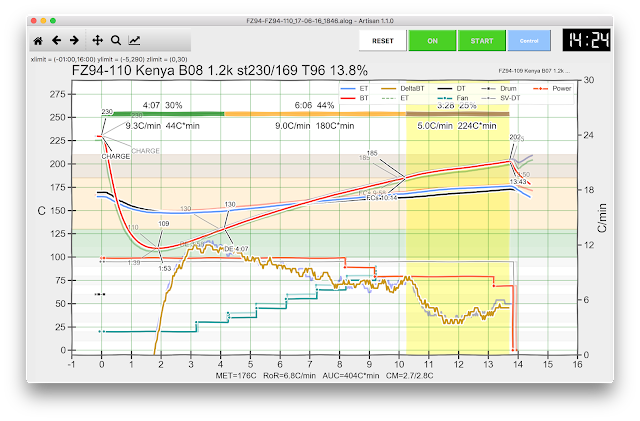